A bright future beckons with the arrival of Luminescent live

Manchester has long been a thriving city for live acts, led by a strong set of venues and electric line ups. The city has played host to many great gigs. From across the city, from basements and back rooms
to big arenas, it’s clear that Manchester’s venues have benefited from more than a bit of promoting
aptitude throughout the years.

Introducing creativity and a strong body of working experience has never been more important. Coming together after a tough year, this promoting pair have a blossoming connection based on a love for live music, creative outlook, and care for those in the music industry. The latest partnership between Ade Dovey and Ben Taylor aims to be that beacon of promise. Their latest venture, Luminescent began life in the middle of lockdown in a crisis of creativity. The pair had both worked on individual projects previously and took the initiative to work together to bring a bright stream of new activity to the scene. Dovey acknowledged their similarities and experiences that led to their decision to work together.

“Looking back at the good old times we probably should have collaborated more being venue
neighbours and like-minded music fans…[However] I am so glad following the horrible events of the
pandemic and shifts in our lives we came together.”

With an accumulative force of over 30 years of experience between them, the pair have a driving force of knowledge to complement their enthusiasm for live music. Dovey developed his management and promotional skills in various roles and spent much of his time travelling across the UK and Internationally with bands and artists. It was during a stint as Tour Manager for a Manchester-based band that Dovey first became interested in the city. He candidly remarked “I was always excited to pick the band up…I fell in love with Manchester straight away! Incredible bars, venues, people, innovation, food and so much heart. To me, it’s the smallest biggest city in the world.” Wholly impressed with the welcoming community and spirit of Manchester’s music scene, Dovey set to work with the venues in various capacities and became more involved in activities around the city. 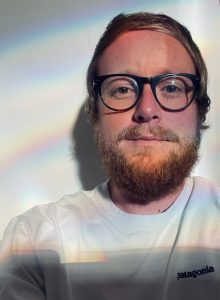 For Ben Taylor, the atmosphere, attitude, and environment of Manchester is something that he has not only grown with but also had the opportunity to shape and develop closely. Born into a family of musicians and performers, Taylor took great interest in the business of putting on shows from a young age which led to “paying more attention to live music and searching out new bands.” After years of performing in bands himself, he admits that he “couldn’t get enough” of being involved in music venues and soon began promoting and managing shows. His first event at Manchester’s Iconic Night & Day venue, spurred him on to strive for more. His brother worked as an in-house promoter for the venue and inspired him to kickstart a career as a booker in which “he learnt so much” and felt “always very grateful for his help.” He added, of Jay Taylor “He’s had a fantastic career, and I do look up to him” as we discussed role models. It becomes clear just how focused and family centric the growth of the scene in Manchester really is. This can be said of many Manchester venues, as they form a kind of community or family around what they do (especially when you frequent as often as 5 to 7 times a week, as Taylor claimed). In reflection of recent events, Taylor highlighted that support for the whole sector is critical in keeping a distinctive buzz alive;

“Share stories of your favourite nights, watching your favourite acts in your favourite gig spaces. The music community is something special and when the time is right, we will be back in those places,
creating more fantastic memories.” 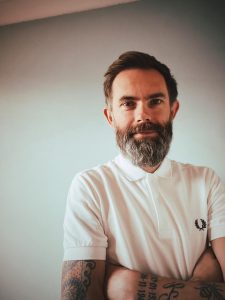 Both Dovey and Taylor had faced the disappointment of cancelling cornerstone events in their calendars. As creative and sharp minded individuals they are keenly aware of the pressure that the industry faces. From a thriving to surviving sector, they have seen the work of colleagues dissipate over the past year. About mental health and wellbeing, Dovey commented that he was glad that discussions had got past a “buzzword phase” and that they could freely discuss and help each other in the sector. Both mention the positive waves and accessibilities which they believe that allow voices to be heard, “becoming more vibrant with multi-cultural backgrounds, LGBT awareness, gender balance, fair pay and wellbeing…[There is] A long way to go but each day gets better and I’m excited about the younger generation coming into the music business with fresh ideas, innovation and creativity.” As the industry begins to bound forward along a roadmap to potential freedom, it is now almost tangible to imagine the kinds of performances that could take place in the coming months. The pair have cited the people and places in their first wave of shows, with the indication of an “initial aim to book what we know, love and work with well…the success will come because we’ve stuck to our core beliefs and forward-thinking management.” A high priority for Luminescent will be giving back and working “alongside charities that mean a lot to support better mental health in the events industry.” They mentioned the vital role and generosity involved in the donation process which will be an included option on tickets later into their calendar of events, once back at a driving pace. They spoke of charities such as Manchester Mind and local groups which give back to the live sector’s worst-hit and offer advice. It makes sense when considering Taylor’s history of events such as Manchester’s YANA festival – something that is close to both of their hearts and they intend to work on together in the near future. Dovey expressed his interest in working on multi-venue and festival events, having previous involvement with  Neighbourhood festival and extensive knowledge of international touring.
As a final word, we agreed that no Manchester night out is complete without a great after-show or party to celebrate the hard work of everyone involved. Both Dovey and Taylor had too many stories and memories to mention but they gave us a couple of moments to reminisce. Vivid memories of a “heavy night” at an early event he put on for Underworld stuck closely with Dovey and he spoke of the pure excitement and atmosphere in Manchester’s Albert Hall which he described as “otherworldly”. The event had an unexpected resonance which he claims, to this day, still gives him goosebumps. Taylor’s greatest event memory takes us across town to the previous Soundcontrol venue which played host to a number of great shows and after-parties. It was not an unlikely experience for Taylor to “open the shutters to broad daylight” after particularly fun post-tour antics. Both persist that Manchester has the most fun.

When it comes to a thriving spirit, great venues, and the loudest live entertainment, it seems Manchester is made for a future of live events. This may be just the beginning of a glowing future of engaging events across the city.

Back to Latest News