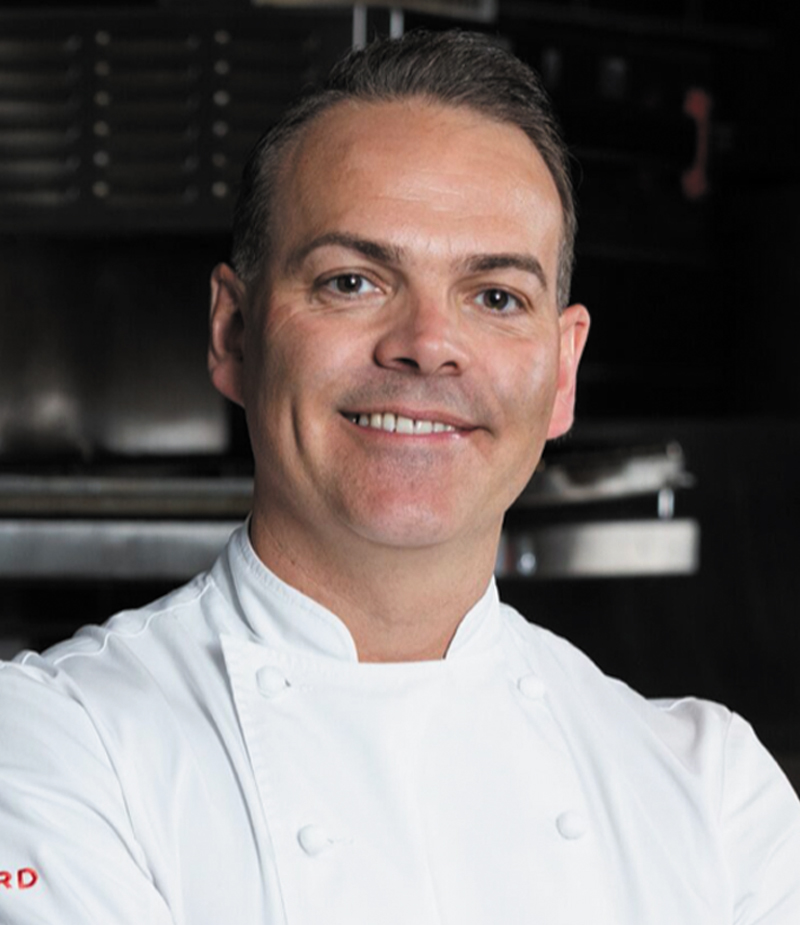 MasterChef Champion 2015, crowned the winner when he wowed judges John Torode and Gregg Wallace with his menu inspired by classic flavour combinations, Octopus and Chorizo, Pigeon and Blackberry and Lemon and Lime. Former Data Manager, Simon started cooking when he could ‘reach the top of anoven’. His passion began when, at eight years old, he won a competition to be anything for a day and he chose to be a chef.

Thirty years later Simon’s MasterChef win saw him fulfilling a dream he has had since he was young.

Since winning MasterChef, Simon has been appointed executive chef of Oldham Event Centre part of Oldham Athletic Football Club where he works across fine dining events in the club and masterclasses. His areas of passion include fine dining and the art of plating, and teaching.

2017 saw Simon open his first major restaurant WOOD Manchester in the First Street development bringing his unique culinary style along with his handpicked team to the heart of Manchester.  Within a year of opening, the Masterchef winner received recognition from Michelin Guide Great Britain & Ireland, and awarded two AA rosettes for culinary excellence.

Simon is on-site daily working with his team to create incredible food for everyone who visits WOOD, from Manchester and Beyond…

Simon’s cookbook, At Home With Simon Wood – Fine Dining Made Simple was published April 2016. Simon returned to Masterchef in 2020 as a guest judge.

His areas of passion include fine dining, the art of plating, and teaching and can also be found on Instagram @simonjwooduk

Wood Manchester receiving our Leading Restaurant accolade @ This Is Manchester Awards 2018 with Simon receiving recognition as Leading Chef @ our 2019 awards.