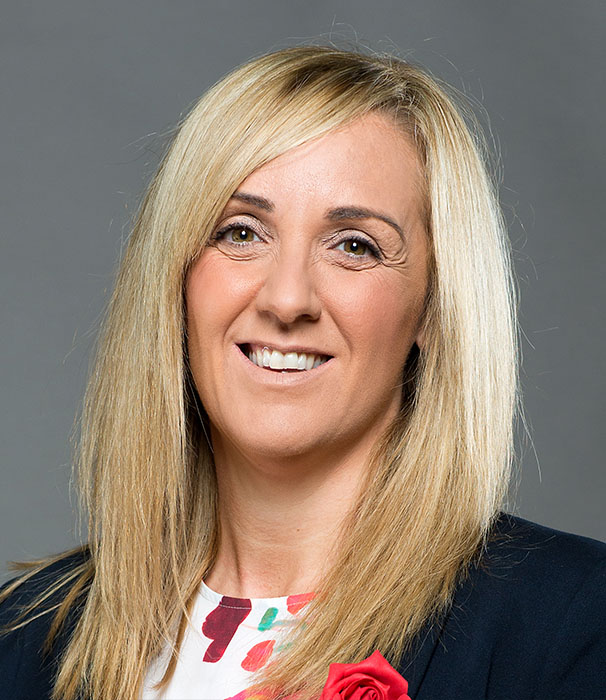 Tracey was appointed head coach for the England national netball team (The Roses) in 2015. She was instrumental in the team winning their first Commonwealth gold medal on the Gold Coast in 2018.

Tracey won 81 caps for England in her own playing career from 1992-2008. Her best achievement in this time was undoubtedly winning England’s first netball medal at the Commonwealth Games in 1998 in Kuala Lumpur.

She began coaching in netball with Team Northumbria in 2011, before taking the director of netball job at Superleague club, Manchester Thunder.

Tracey is the sister of Manchester United legend Gary Neville, and the twin sister of current England Lionesses boss Phil.

In 2016, Tracey was made an MBE in the New Year Honours list for services to netball.

Tracey is also an accomplished public speaker having appeared at many conferences, including the iconic Sports Leaders, and a regular pundit and co-commentator for Sky Sports.